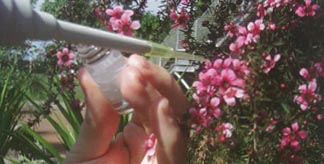 The world has a new source of antibacterial honey, thanks to research led by the University of Technology Sydney under the Honey Bee & Pollination R&D program.

The world has a new source of antibacterial honey,with research confirming that Australian honey from the same species as New Zealand’s well-known manuka honey has similar medicinal properties.

This is a potential boon for the Australian industry, as medical-grade honey sourced from New Zealand earns an estimated $75 million a year.

Praised for its antibacterial and healing qualities, medical-grade honey – sourced from Leptospermum plants – is being increasingly used as an effective treatment for wounds and skin infections, and can kill new ‘superbugs’ that are building immunity to conventional antibiotics.

The research has been carried out by three institutes at the University of Technology Sydney (UTS) under the Honey Bee & Pollination R&D Program, which is funded by Rural Industries Research and Development Corporation (RIRDC) and Horticulture Innovation Australia, with additional funding from Capilano Honey Ltd and Comvita Ltd.

Honey Bee & Pollination R&D Program spokesperson Michael Hornitzky said the findings are a game-changer for Australia’s beekeeping sector, which could see the demand and value of Australian honey increase significantly. 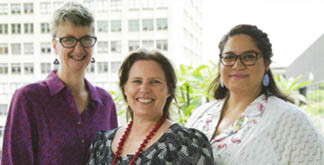 “There’s been a general assumption that the unique antibacterial activity found in manuka honey is more active and stable than that of other varieties,” Dr Hornitzky said.

“The paper now confirms this belief, and goes one step further by proving Australia’s Leptospermum species are just as effective, if not better, than the New Zealand varieties, based on a survey of 80 manuka-type Australian honeys.”

The UTS research team have been analysing the activity of Australian honeys for over seven years. The program builds on existing work and involved collecting honey and flowers from beekeepers out in the field as well as testing samples in the lab.

The team believe the findings put Australian manuka honey on the international radar at a time when antibiotic resistance is recognised as a global crisis.

“These results are a huge achievement by all involved. Discovering this extensive resource base cements Australia’s role in helping to supply the growing medicinal honey market,” Dr Hornitzky said.

“These findings go straight to the heart of what we’re trying to achieve, and that is to grow a prosperous beekeeping sector vital for the many generations to come,” he said.

“The next step is turning the science into action. We’ll continue working with our project partners to ensure the right steps are put in place in order for beekeepers to take advantage of the new golden era for Australian honey.”