Australia has a healthy honey bee population and there are things that every beekeeper can do to keep it that way.

The Bee Biosecurity Video Series was produced to let you know how you can help and the ways in which government, research organisations, plant industries, private companies and organisations with an interest in honey bees are all contributing to preparing for an incursion of varroa.

The series of 12 videos covers a broad range of topics including honey bee biosecurity and surveillance programs, a hypothetical varroa incursion in Australia and what it might mean for beekeepers and crop producers, information about the life cycle of varroa and hive inspections, and ways in which varroa can be controlled if it enters and becomes established in Australia.

These videos explain a range of important information to beekeepers, from workplace health and safety to best management practices.

In 2020, Queensland Bee Biosecurity Officer Rebecca Laws held a series of webinars on a wide range of bee biosecurity topics.

The Victorian Bee Biosecurity Officer Ally Driessen also recorded a video on the Australian Honey Bee Industry Biosecurity Code of Practice, which is part of a series on B-Qual (Introduction and B-Qual Audit levels) on YouTube.

NSW DPI and Tocal Agricultural College have produced a number of videos on surveillance methods for pests including Varroa and Tropilaelaps mites and Braula fly.

In this video from the Rural Research and Development Corporation, Dave Leyland from Western Australia’s Bees Neez Apiaries explains how he implements the barrier management system in his day to day activities to maximise biosecurity. 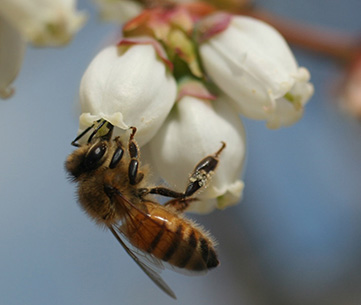