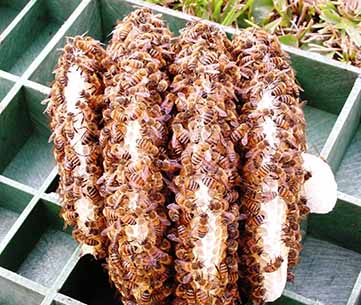 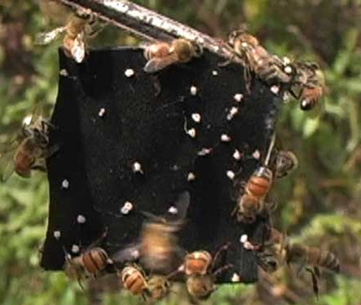 Although measurement of wing venation, and size and colour of body parts can provide some preliminary diagnostic information, the only way to accurately identify whether a colony contains Africanised honey bee stock is through genetic analysis. Apart from being slightly smaller in size and a bit darker in colour, the Africanised honey bee looks nearly identical to the European honey bee to the naked eye. The main differences between these bees are displayed through their behavioural traits. 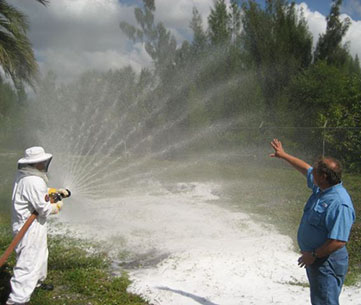 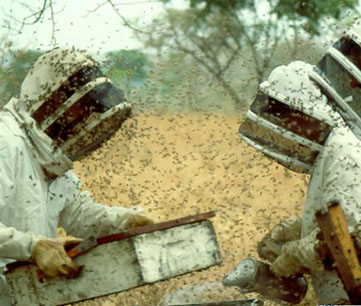 In addition to the impact on resources, the environment and the public, the management of hives by beekeepers also dramatically changes. In the southern states of the USA, European honey bees have been replaced with Africanised honey bees. Attempts to reintroduce European honey bees into beekeeping operations have continually failed. For these reasons, beekeepers have had to learn the differing management practices and skills to efficiently and safely manage hives of Africanised honey bees.

Since many African nations, as well as beekeepers in South America, keep Africanised honey bees many of their management techniques have since been adopted. This includes wearing additional and full body protective clothing, using copious amounts of smoke to lessen the defensive response of the colony, as well as keeping hives further apart from one another, which means that other colonies are not aggravated while working on one colony. However, it is important to recognise that many beekeepers in Africa and South America manage African and Africanised honey bees with very few problems, and are now starting to breed gentler strains of Africanised honey bees with greater levels of resistance to common honey bee pests and diseases. 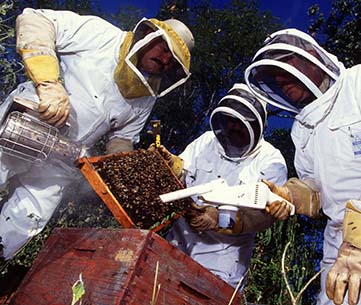 In 2012, Africanised honey bees had been identified in the southernmost states of the USA including Texas, California, New Mexico, Arizona, Oklahoma, Louisiana, Arkansas, Alabama and Florida. However, since the Africanised honey bees have been found in the USA, their rate of expansion seems to have slowed which could possibly be due to climatic factors and the ability of the European honey bee to survive better in temperate climates.

Additional fact sheets from around the world, which provide extensive information about this pest, have been listed below. To learn more, click on the links below:

This video was produced to help provide information about the pest’s life cycle and biology, identification and possible management options. Please be aware that the video was produced overseas, and treatment recommendations or conditions experienced may differ from those in Australia.