Very little is known about the life cycle and biology of these exotic scarab pests of honey bees.

Unlike other insect pests of honey bees that originate from Africa, such as the Small hive beetle, which can reproduce inside the honey bee colony, it appears that the Large hive beetle requires decomposing plant material and herbivore faeces (commonly cattle dung) for oviposition and development.

There also seems to be a strong preference with the Large hive beetle for eating honey bee brood, instead of other hive food sources, such as honey and pollen. Considering the large nature of the insect, and its ability to quickly consume brood, this feeding behaviour can quickly destroy the comb structure within the hive. Considering its greater size than the honey bee, it appears that beekeepers in Africa use smaller entrances for the hives, which restricts the access of the beetles into the hives, thus controlling the pest.

The Large hive beetle is currently not present in Australia and there are strict quarantine requirements in place to protect the Australian honey bee industry. If you think you have seen the Large hive beetle in your hive, or notice large beetles eating brood, contact your local department of agriculture or call the Exotic Plant Pest Hotline on 1800 084 881. 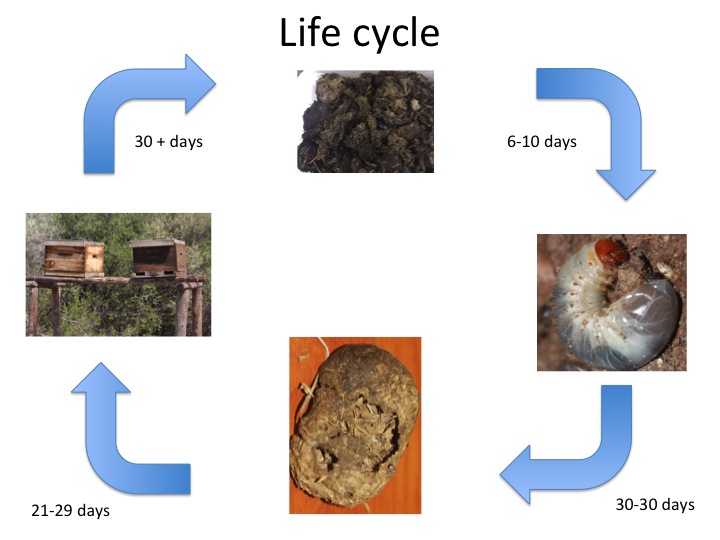