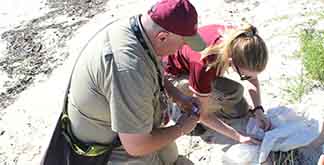 The nation’s busiest pollinators have received a boost after the official launch a multi-faceted effort to maintain the health of Australia’s bees along with the country’s $1.8 billion pollination-reliant horticulture and grain industries.

Horticulture Innovation Australia, the Australian Honey Bee Industry Council and Grain Producers Australia have joined forces to deliver a $3M program that will see bee surveillance bolstered at 32 of the nation’s riskiest ports.

“We are fortunate that a lot of the pests and diseases that are serious threats to bees, and plant food industries, are not on Australian shores,” he said listing Varroa and other mites, exotic bees and certain beetles as high priority pests.

“However that isn’t luck. It’s the result of intensive, world-leading research efforts combined with the vigilance and support of organisations and government agencies across the country.”

Led by Plant Health Australia, this project will include a boost in the number of catchboxes that trap exotic bees and pests at various ports, and more teams will be on the ground using nets to detect any exotic bees foraging on key plants within a 600m zone of the ports.

On top of that, there will be an increase in the number of honey bee hives located across ports with surveillance officers trained in the latest hive inspection measures to detect Varroa mite and other exotic pests. 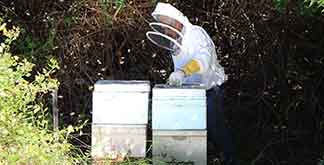 Throughout the program, engagement will continue with Commonwealth biosecurity teams including Northern Australia Quarantine Strategy, Operational Science Services, and all state and territory government and beekeepers.

“The potentially devastating impact of exotic pests such as Varroa mite, which is yet to take hold in Australia, pose a significant threat to our honeybees and our pollination services,” he said. “Hence, doing everything we can to help fight this risk is vital.”

The enhanced bee surveillance program complements more than $12M in research Horticulture Innovation Australia is delivering – with industry levies, funds from the Australian Government and its partners – to protect and enhance the nation’s pollinators.

Learn more about bees and pollination in the Pollination Aware Fact Sheet.

Reproduced from a media release by Hort Innovation